One thing I share with my Cousin Dave is a common love of Seinfeld. So we email each other random Seinfeld trivia questions just for fun. One of my recent trivia questions I posed to him was: “What does Jerry think should be on every table next to the salt and pepper shakers?”

My most recent girlfriend (we broke up about a year and a half ago) was named Amber. Amber had the hots for me but initially I didn’t reciprocate. I was firmly comfortable with my single status and wasn’t looking for a long term relationship… something I could tell she really wanted so I kept myself at (what I thought was) a safe distance.

Anyway.. before we started dating she was going to visit friends in New York. Knowing she was going to NYC and that she would do anything to get on my good side, I gave her $20 and put her on a mission to go to a specific bakery in NYC that was rumored to be where they based the famous bobka episode from and buy me a chocolate bobka.

I was emphatic “Don’t get the cinnamon bobka! It’s lesser bobka!”

Mind you, Amber was not a big Seinfeld fan and only knew I wanted some strange chocolate bread. My buddy Dave (not cousin Dave) was there and snickering the whole time.

Amber comes back from New York without bobka. Completely and utterly Bobkaless. I don’t remember exactly what happened but she ended up not being able to find the place or something. I feigned being really upset and disappointed and pissed with buddy Dave laughing all the way along. “Wow,” I said, “you couldn’t do this one thing? It’s all I asked you to do! I was really counting on that bobka! It’s all I wanted for my birthday!” (I laid it on extra thick)

So this girl, Amber, goes and buys all the ingredients and spends an entire day learning how to properly roll and twist dough to bake the perfect chocolate bobka! It was amazing and delicious.

It was only then I started thinking…maybe I SHOULD date this girl? Initially it was a silly joke, but her bobka won me over. It’s true…the way to a mans heart is through his bobka…or Seinfeld obsession… one of the two.

“Hahahaha. That’s Great. True life, often funnier than made up. You should marry that girl.” 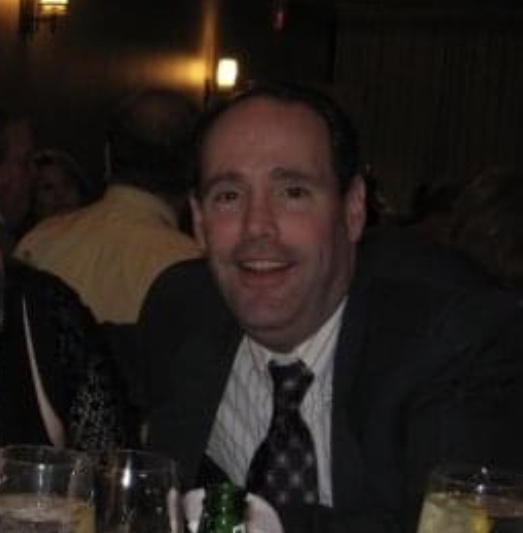 My Cousin Dave recently sent me an email:

Why does the sound on everything stink today? TV’s, Tablets, computers, cells.
(Corporate greed! Oh, buy this special sound component.) My Stupid Samsung Smart TV, brand new, on 100, the highest it goes,
is just audible on some channels.
And my hearing is perfectly normal.

Well, Dave, there are several factors. But it basically boils down to two: audio compression and format.

Almost all recorded audio today is compressed. CD-quality was established as an audio standard when CDs were first released. The quality is crystal clear and typically mixed to be presented as stereo sound with 2 channels (Left and Right). The problem is that the data files are really big and you can only fit about 80 minutes of music or 700mb. That’s about 35mb for a 3 minute song.

Then the Internet became a thing and people very quickly realized that downloading a song took FOREVER. So one guy said, hey, since humans can’t really hear EVERY frequency why don’t we remove some of that “extra data”? And so he set to chopping out the bits (compressing) HE deemed weren’t important. So now we have a whole generation of kids that only grew up hearing compressed audio (MP3’s) and don’t know any better.

This same compressed audio is used in streaming movies and television today because of the same logic. Some stations and streaming platforms compress the fuck out of the audio and/or picture. The only way to get really really good quality picture and sound is to buy the Blu-Ray versions and play them on a really good home theater system.

Unless you have your smart TV connected to a fancy home theater audio system, you’re likely hearing plain old (compressed) stereo sound. If the source of that audio was originally mixed for stereo, it probably sounds fine. But if it was mixed for more than 2 speakers… such as Dolby 5.1 Surround, you are likely not hearing some of the mix.

5.1 refers to the number of speakers that an audio track is mixed to. In a typical 5.1 set up you would have Front L and R, Front Center, Side L and R, and a subwoofer. The Front Center would typically have the majority of dialogue where the sides and subwoofer would have music/Sfx and so on. This is how they create that “surround sound”.

The problem is, if you don’t have that center speaker, you’re probably missing much of the dialog audio. Most smart TVs attempt to compensate for this with some audio trickery but it is inconsistent because there are so many different ways the original audio can be formatted. It’s like if someone were to listen to early Beatles with all the treble down and all the bass up…it would totally sound fucked up.

Your smart TV likely has a few different audio settings (check your manual or look at your remote). You may try switching to a different format that sounds better to you for whatever you are watching at the time. Or you can start investing in a home theater system and spend thousands of dollars and thousands of hours learning the finer points of audio engineering.

Or just get some damn headphones ya deaf bastard!