I was discharged from my recent visit to the ICU. One of the more disturbing side-effects of my liver disease is the danger of ammonia building up to near lethal levels, causing my brain to shut down and putting me into an “altered state” (a somewhat nicer sounding medical term for Hepatic Encephalopathy).

Hepatic Encephalopathy, sometimes referred to as portosystemic encephalopathy or PSE, is a condition that causes temporary worsening of brain function in people with advanced liver disease. When your liver is damaged it can no longer remove toxic substances from your blood. These toxins build up and can travel through your body until they reach your brain, causing mental and physical symptoms of HE.

I have had 3-4 instances of HE occur (that I know of) since October of 2019…fortunately I have had others around me that know the signs (I can’t do simple math, memory loss, paranoid confusion). After the last major incident which occurred on the morning of Thanksgiving last year, it took four adults to get me into a car to go to the hospital…that’s how bad it got. I woke up in the ICU with a breathing tube respirator and a catheter and connected to all of the machines they possibly had (including the one that goes BING!) #montypythonmeaningoflife

I take meds every day in the morning and at night to help my body flush out the toxins before they build up, but sometimes they just do and that’s what happened a week ago. I have set up a simple text messaging where I text close friends and family twice a day…and if I don’t text by 9am AND 9pm, phone calls start coming in, and I continue to fail to respond, someone will bang on my door…which happened last Wednesday morning.

I failed to send my 9am text message…my mother texted the group asking if anyone nearby could stop in and check on me. My friend Josh Egan, who lives just a few blocks away, found me in my bed, unresponsive. Another friend, Jack DeMarco, arrived a few minutes later, EMT was called as my heart rate was dangerously low…I was in imminent danger. They rushed me to ORMC Trauma and then later at Advent ICU after I was stable enough to transport. I remember none of this…other than waking up very groggy and slowly in the Advent ICU. It was early on Friday…I had no idea where I was but I was pretty certain I was in the hospital. My mother showed up a few hours later and by the end of the day I was transferred out of the ICU and into a normal hospital room at Advent, where they kept me for a few more nights to make sure I was good to go.

Now I’m back home, thankful as ever for the love and support of my friends and family for helping me get through yet another hurdle in this fight for my life.

I started this by saying I was out of the oven and into the fire… well, now to complicate my already complicated mess, is the CoronaVirus. My immune system is already compromised by liver disease AND I have asthma, AND it’s the peak of allergy season in Florida. TRIPLE THREAT!

Hopefully you are keeping healthy and listening to sound medical advice and not “hunches” or spreading false information. I am still on the liver transplant list, and could get the call at any moment. My specialist at the Advent Transplant Institute assures me that they will be testing every liver donor for exposure to Coronavirus and they will be rejected if they test positive. Transplants are still happening, but it is a fluid situation that parameters are changing every day as new medical information comes in. I am still optimistic that together we can beat this. I feel that seven years at Burning Man, learning things like “Radical Self Reliance” have helped prepare me in immeasurable ways (more about that in a future post).

For now, I’ll be home, self-quarantined and discovering new things about myself and what’s most important to the world around me.

Check out our latest Classic Orlando Designs at Diggz Specialtees. Featuring the Red Fox Lounge, Langford Hotel, Terror on Church Street and More! Click on the link below to browse all of the latest…

Catch our first show in 2020 at the Iron Cow in the Milk District in Orlando, Florida on Tuesday, February 25th, 2020. There will be Food Trucks, a Crawfish Boil and live entertainment by Lounge Diggaz!

Many of you have generously asked how best to help me and I have not really had an answer. It’s been a stressful time for me and my family, both emotionally and financially.

The Advent Transplant team connected me with a very helpful organization called The National Foundation for Transplants. They help defray the costs for transplant patients of all types.

Unlike other fundraising sources you may be familiar with (GoFundMe, Kickstarter and similar), The NFI is a non-profit org and carries strict guidelines on how donated money can be used. In addition, 100% of your donation goes directly to help me cover expenses that my health insurance does not. They also allow for your company to match your donation if they offer such a program.

As I get closer to getting a liver transplant and the follow-up treatment and recovery, it has become more and more apparent that I swallow my pride and ask for your help.

I sincerely thank all of you for your continued support and love and I look forward to having this chance to extend my life and get back to being Diggz!

Check out our latest designs, including Mandalorian, Game of Thrones, Breaking Bad, Star Wars and many more! 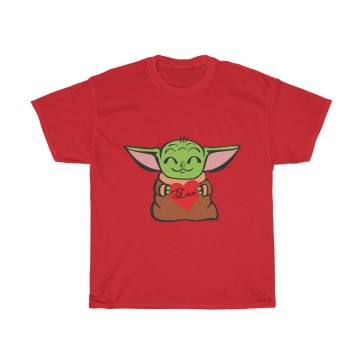 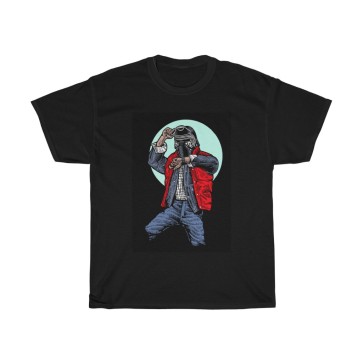 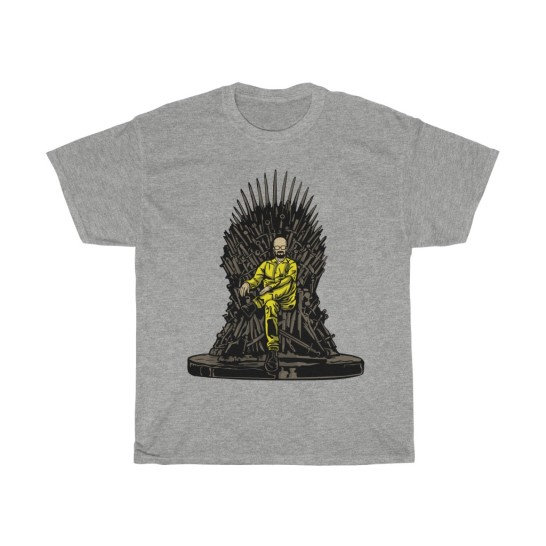 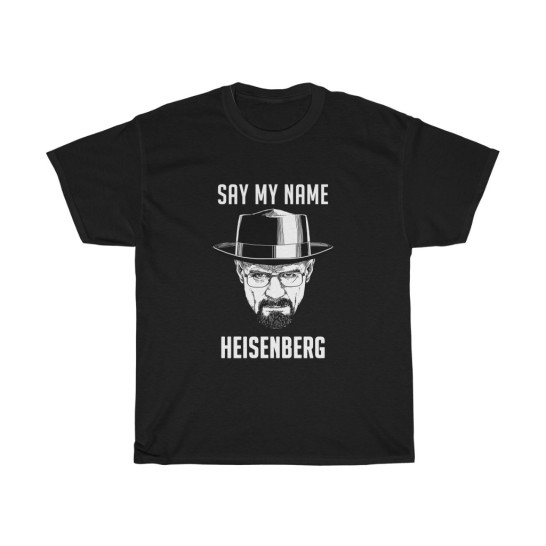 After watching the first episode of the newest Star Trek series, here are my top 10 takeaways… (warning: potential spoilers for episode 1) 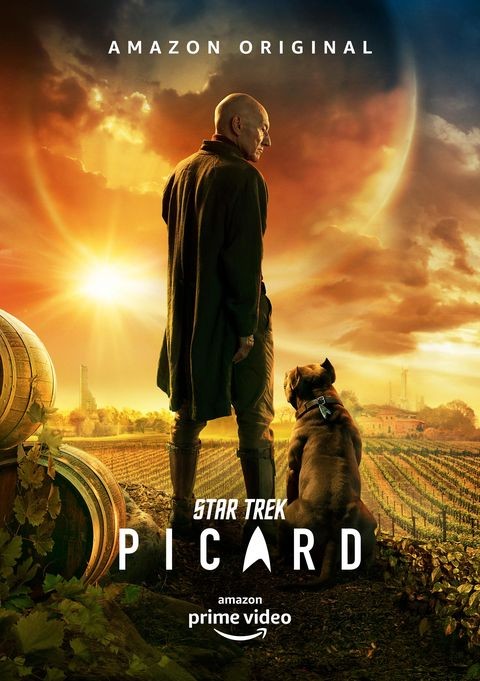 10) Not sure how he does it, but Patrick Stewart continues to age gracefully.

9) The opening shot is of the Enterprise D, which zooms into a Ten Forward window with Picard playing poker, reminiscent of the very last scene of ST: TNG where Picard first joins the rest of the officers playing poker.

8) The overall theme of this show (at least this season) is centered around Artificial Intelligence and Synthetic life forms, which have been banned by Federation Treaty.

7) Picard has a dog named Number One. He is a pit bull, which during a recent interview, I discovered that Patrick Stewart rescues pit bulls and it was he who suggested that Picard have a canine companion and he chose the breed.

5) The opening theme song has a piccolo, echoing the flute that Picard learned to play when he lived an entire lifetime on an alien world due to a probe. In a later episode, Picard plays a duet with his flute and a new love interest,

4) Romulans are back! The destruction of Romulus, which was a big plot point in the first reboot movie (Starring Chris Pine as Kirk) and created what is commonly referred to as “The Kelvin Timeline” plays into Picard’s history. Now in retirement from Starfleet, we learn why he left.

3) Synthetic life forms play a big part, as does Data and B4. (Data’s not-so-clever brother discovered on a planet in ST: Nemesis.) There is even a reference to Bruce Maddox from TNG: ”Measure of a Man”, where Data’s rights as a sentient being were called into question.

1) I accurately predicted this series SIX YEARS AGO!! 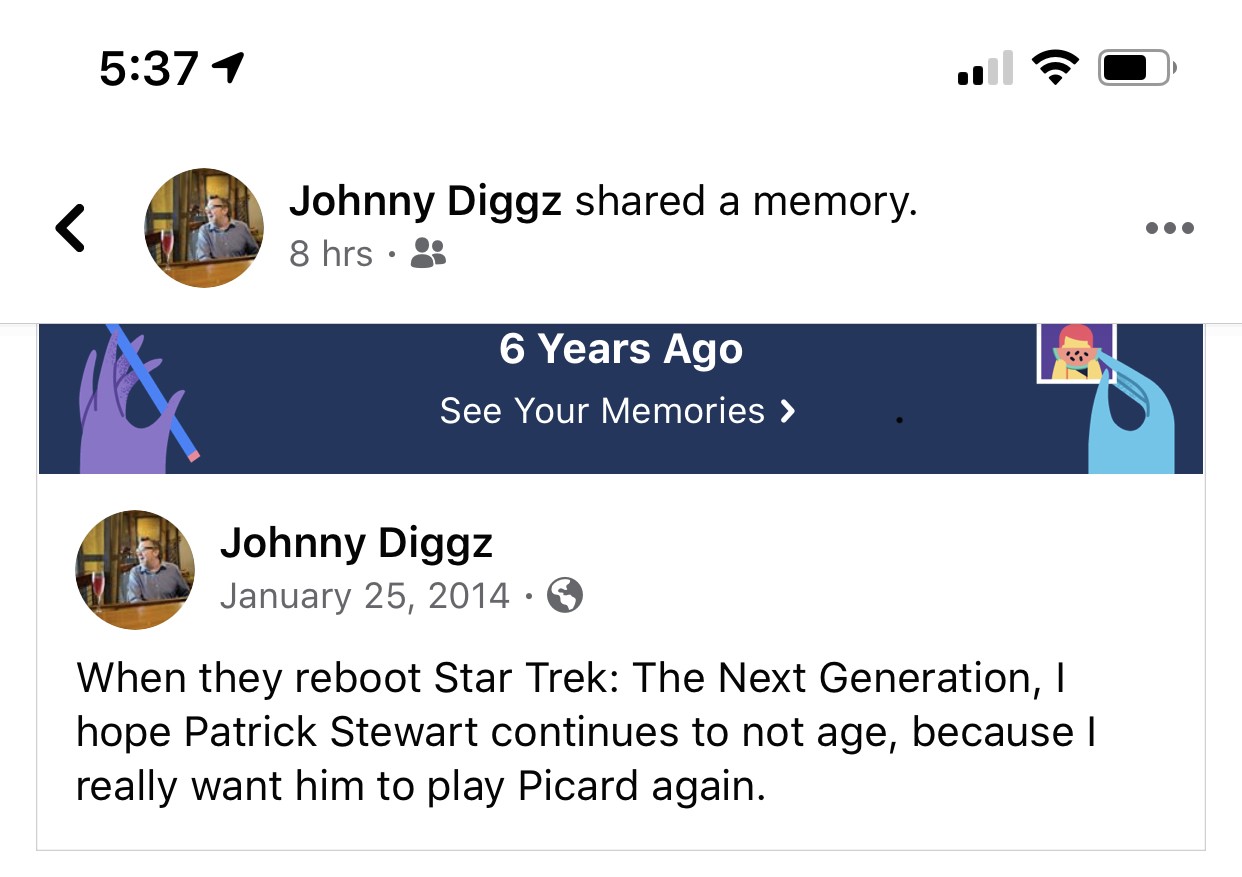 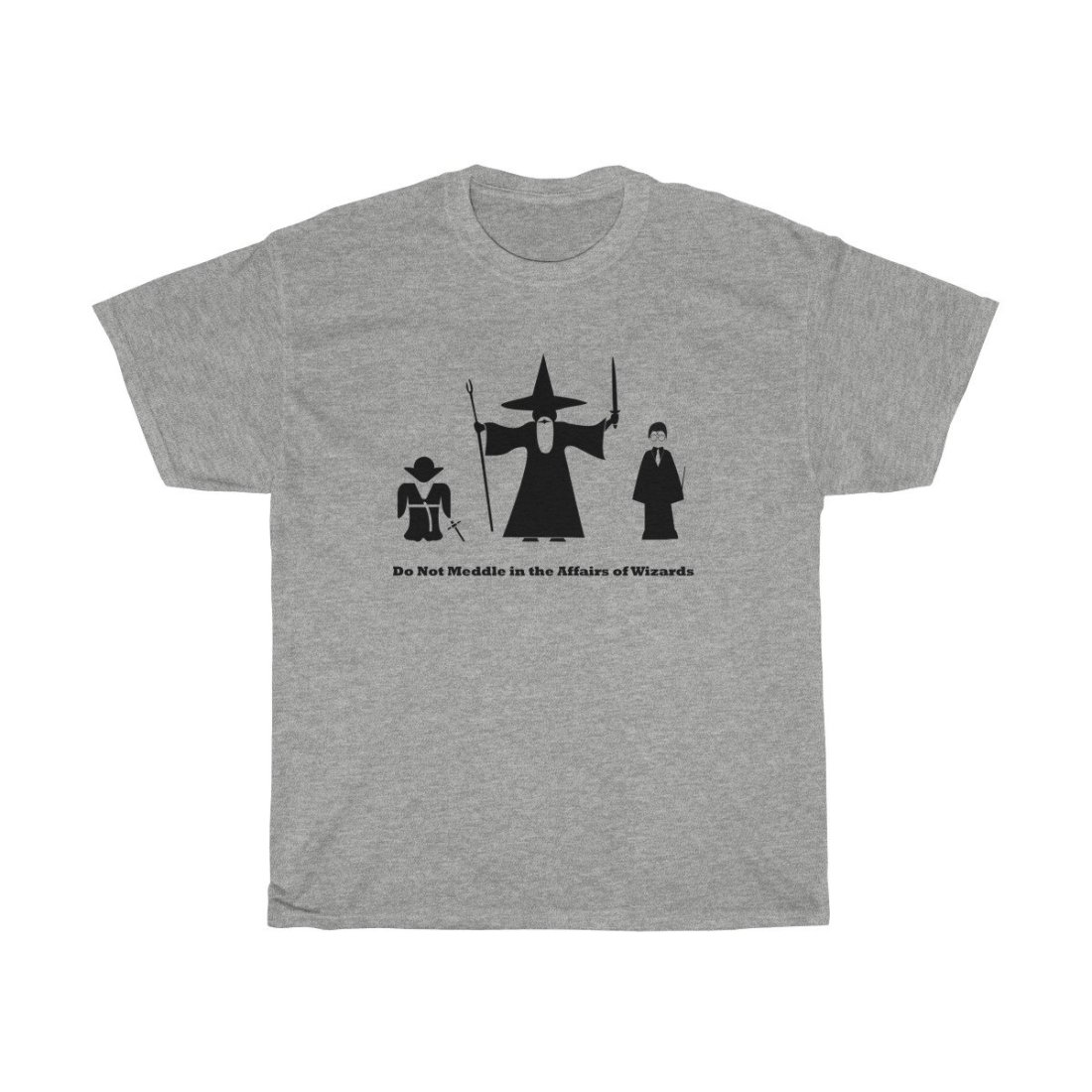 I recently started adding some pop culture tee-shirt designs to my Shopify store. You can order your own at Diggz Specialtees, where you can find my latest designs, including: 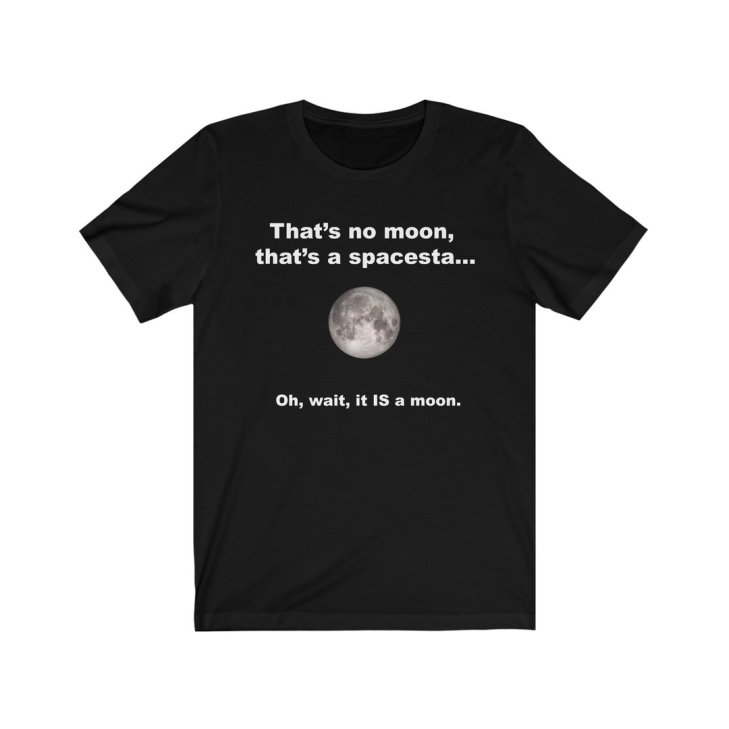 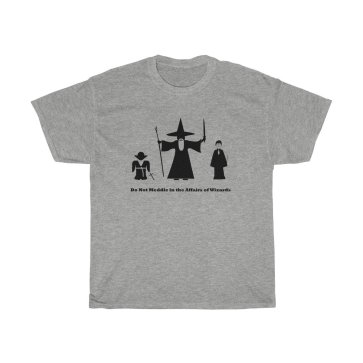 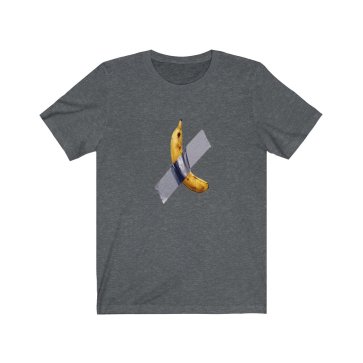 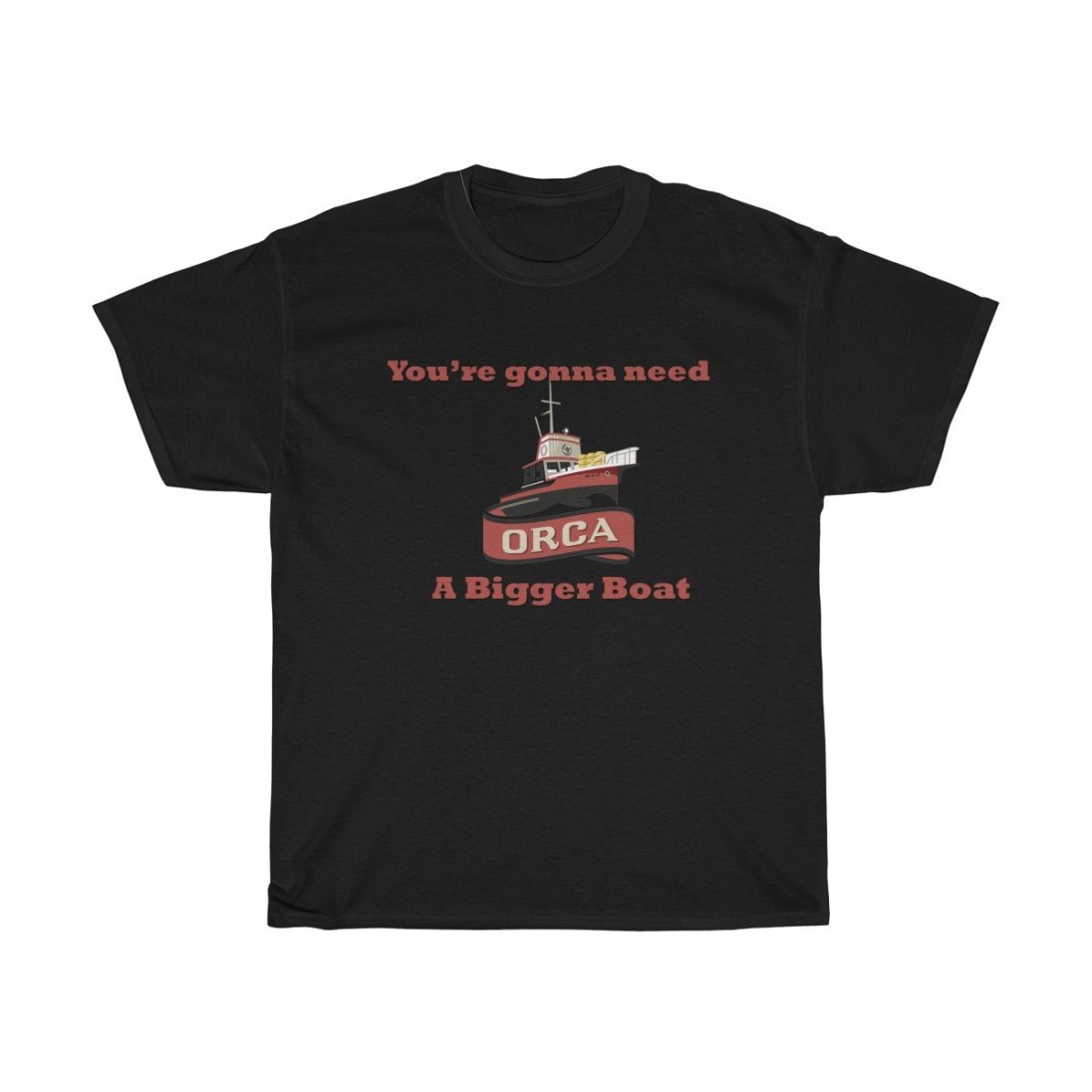 SF Bay above Alcatraz #latergram
As I don’t drink any alcohol anymore, I like to get extra creative with my virgin Bloody Mary garnishes.
@sweeeettrav being a tree ninja. #latergram
Listen to the Terminator
My hibiscus says “what quarantine?”
Me and 2-week-old Sawyer Pan. He is a precious 4-year-old this month!